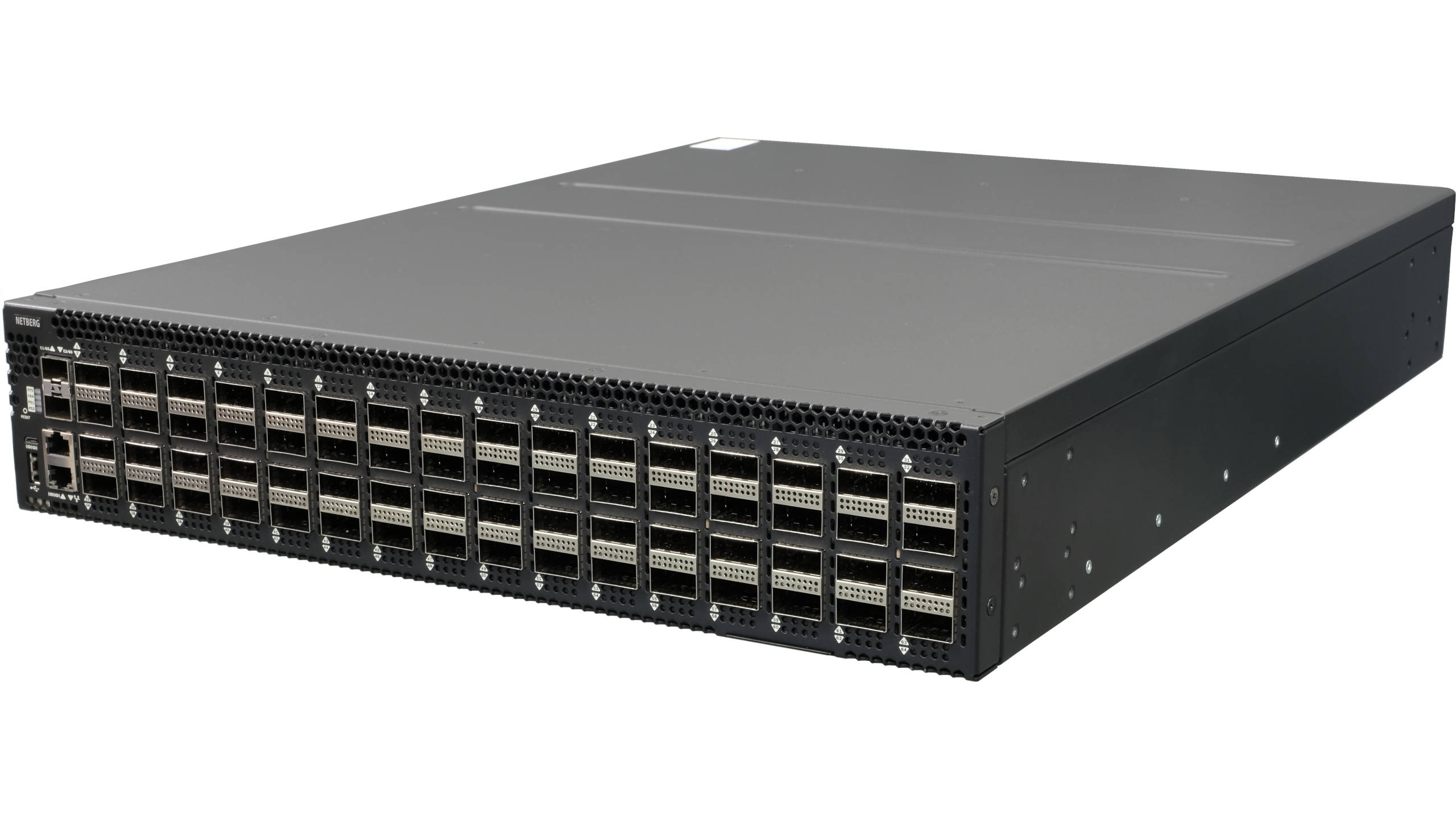 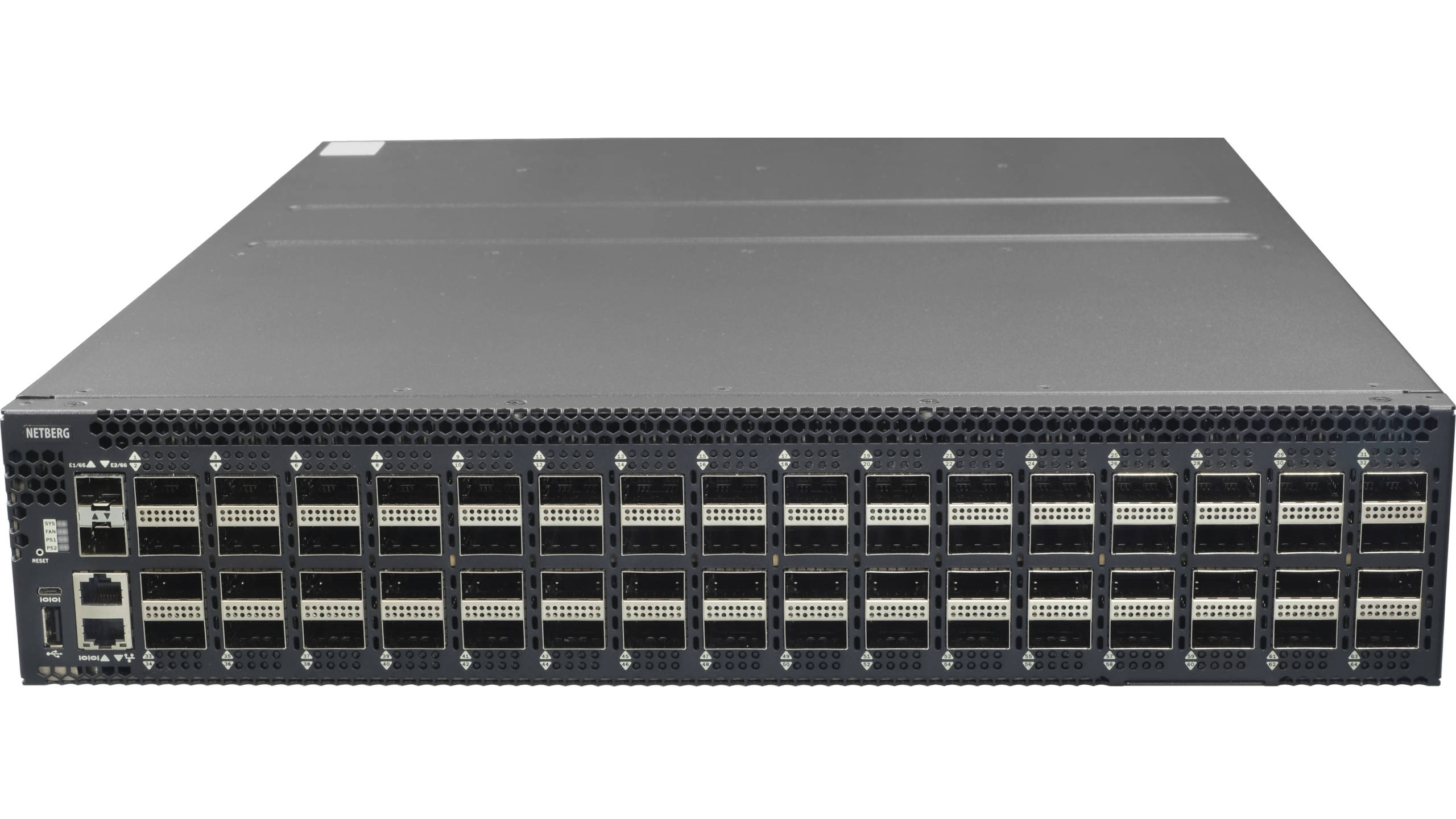 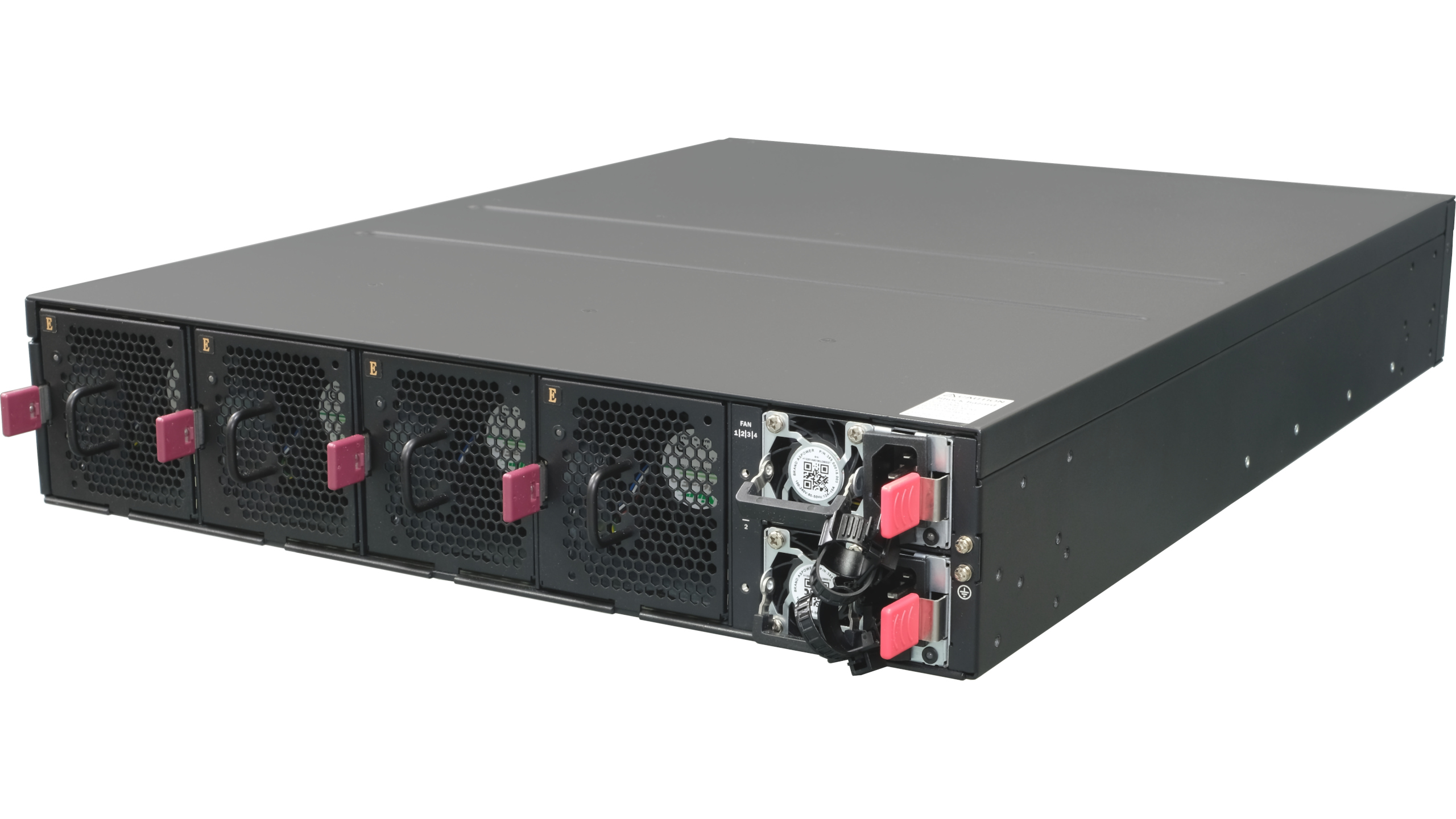 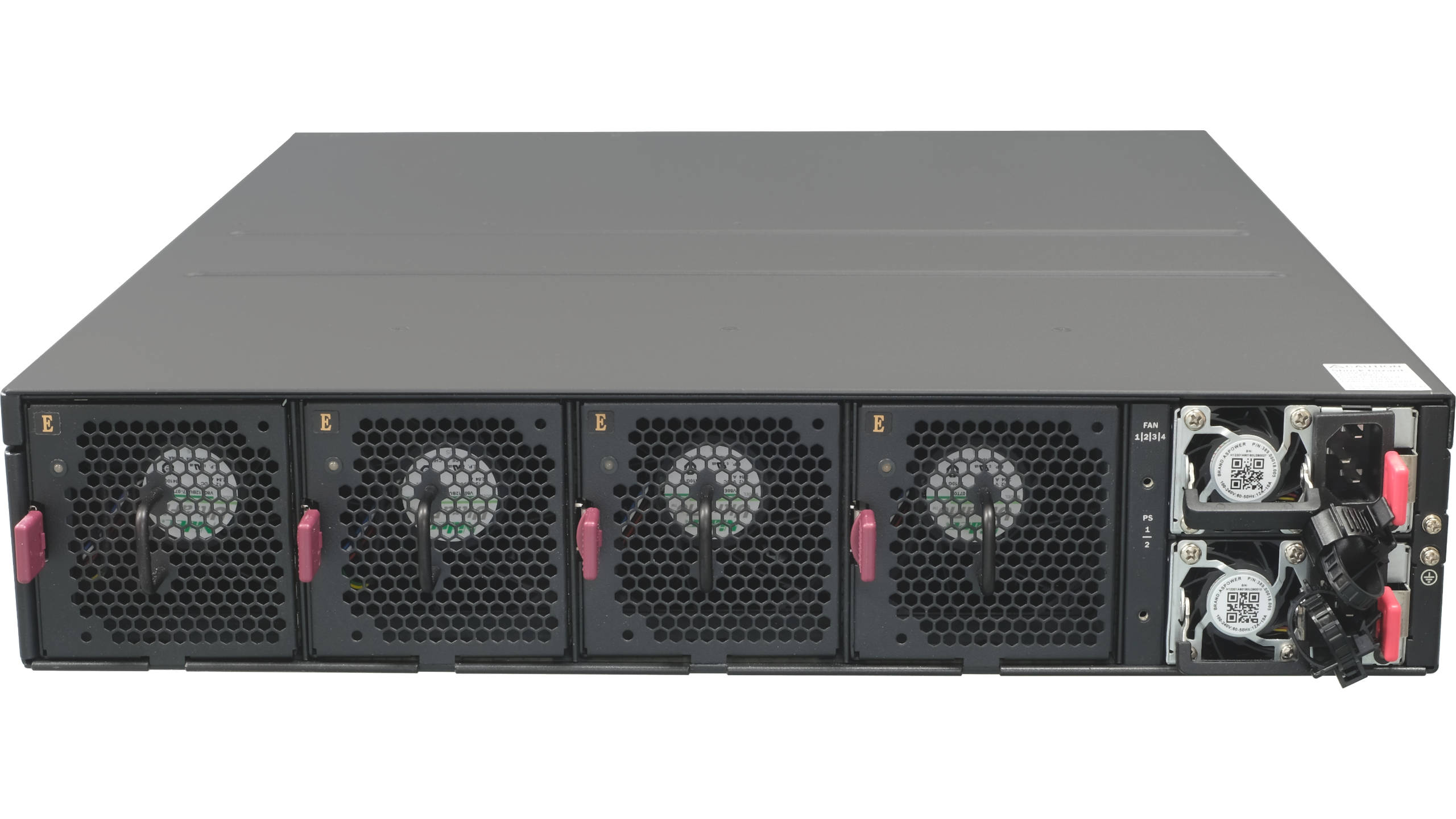 The Aurora 750 is based on Intel Tofino switching silicon. It has 2x 10G SFP+ ports and 64 x 100GbE QSFP28 interfaces, which can be configured up to 256 x 25G with break-out cables for high-density scenarios.